The Financial Times called 2019 ‘a pinnacle moment for women’s football’, and rightly so. With increasingly large sponsorship deals, bigger audiences, more media attention and higher commercial backing, women's football is on the path to become as successful as its male counterpart.

This means it’s a great opportunity for brands to take advantage of – and unlike men’s football, the space isn’t as crowded with content from brands and publishers.

That’s why we’ve put together a few facts and tips to help you join the social media conversation around this year’s Women’s World Cup, so you can stand out from your competitors for the right reasons.

Far from being considered an intrusion, audiences now expect brands to join the conversation around sports events – and they pay attention to what they are saying. A significant 36% of football fans say they are likely to buy a sponsor's product (Performance Communications & Canvas 8, 2017) if they generate social content about a football event such as the Women’s World Cup.

That being said, the expectations around said content are high. According to Media Chain, 66% of fans would like to have brands give them exclusive access to sports content they wouldn’t get elsewhere, and 65% expect brands to provide them with relevant sports offers and benefits. Just over half also enjoy content that makes them laugh – something especially true for Millennial and Gen Z audiences.

Even though tournaments such as this one provide a huge opportunity for brands, many fail to take full advantage of it. Almost half of sports fans feel brands often send them irrelevant adverts on social media – be careful not to join those ranks. 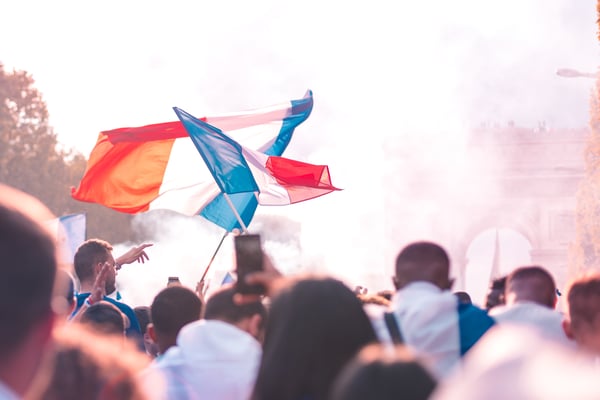 A Global Web Index study revealed that 79% of sports fans online say they use their mobile phone while watching TV; over half said that their top activities were using social media and chatting with friends.

Nielsen carried out a study conducted in South Korea, where it found that by combining Facebook with TV ad campaigns marketers could boost their reach and campaign efficiency, and engage audiences that are typically hard to reach under normal circumstances.

Thanks to integrations such as TVSync, it’s now possible for brands to combine their social media and TV efforts to maximise success rate. The world’s largest baker, Bimbo, made use of this technology during the 2018 men’s World Cup with very positive results.

Just as it is important to have a multipronged approach to devices, it’s also crucial to have a cross-platform strategy. That way you’ll be able to reach different fan demographics; for example, younger Millennials and Gen Z prefer Instagram, while older audiences favour Facebook and Twitter.

Likewise, the type of content fans expect changes with each platform. Facebook and Instagram are for sports highlights, with sport news being more popular on Twitter and Facebook. More than half of football fans expect to see memes and funny content in all those three platforms, according to Media Chain research.

It’s also worth noting the increasing popularity of ‘dark social’, ie platforms that offer minimal/don’t offer performance analytics to marketers and don’t provide any digital referral information. Under this category we find the likes of WhatsApp – which, for example, football media business Copa90 uses to provide daily updates on the Women’s World Cup.

This omnichannel approach from football fans has resulted in a 24/7 fan culture, where audiences look to be engaged outside of the live sport, before and after the game, season or tournament.

As a result it’s key for brands to plan in advance a social strategy that goes beyond the World Cup itself – this shows it’s not a mere badging exercise for your brand, and allowing brands to capitalise on fan interest all year round. It also lets you to build up audience interest over time, when fans aren’t saturated with tournament-related branded content.

Consumer research by Ericsson shows that by as early as 2020, half of all TV and video viewing will be done on a mobile screen – and studies show that 54% of consumers want to see more video content from a brand or business they support.

In the 90 previous to the start of the tournament, Women’s World Cup-related content scored 71.2m views across social video platforms (Tubular, 2019). And even if the content is female-themed, the overwhelming majority of viewers (almost 80%) consuming it are actually male. Brands such as Nike, Qatar Airways and Visa are amping up their video content efforts and have seen great traction so far. 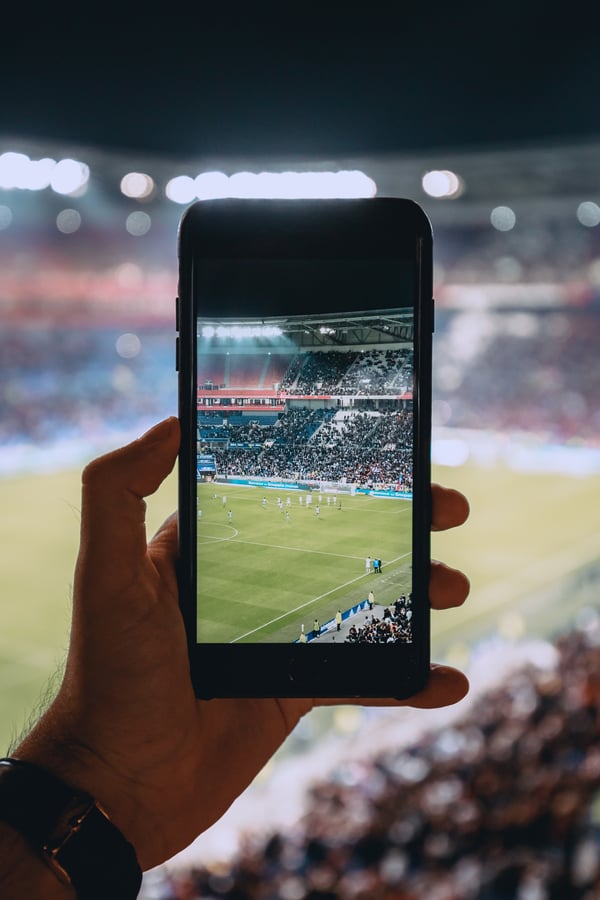 Live sports have become almost ‘unmissable’. Football fans want to watch goals now, with 57% of them saying they would rather watch a match live than wait for broadcast-quality coverage. Unlike with other forms of content, football fans aren’t timeshifting; they’re merely place-shifting (Marcomm News, 2019).

Luckily there are tools available to ensure your content is timely and relevant to whatever is happening on the pitch. SportSync, for example, triggers social ad campaigns during match highlights to maximise engagement during a game; Coca-Cola used it very successfully during last year’s men’s World Cup.

The most important thing for brands to remember is that events such as the Women’s World Cup provide a chance to align your brand with, and become a part of a cultural phenomenon with a global impact. If done right you can influence a community of highly passionate, engaged fans – but like with other forms of cultural marketing, there is a lot at stake. Don’t forget, authenticity and relevance are the key drivers for a successful social media strategy.

Learn more about how you can make your social media efforts more targeted with SportsSync or TVSync.

Or, contact us if you’d like to one of our experts to find out how we’ve engaged and turned football fans into customers for the likes of Real Madrid and Coca-Cola.

On Wednesday, 22nd May we headed to Madrid's IFEMA for this year's Digital Enterprise Show. The event, currently on its 4th edition is currently the world's leading trade show dedicated to Digital...